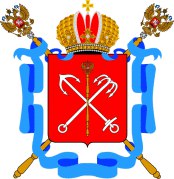 Saint Petersburg it's surprisingly strong magnetic pole of an aesthetic, the historic, the culture and the science. It's a city of the drawbridges and white nights, the palaces of Emperors and the magnificent fountains. It's a city that an artists loves and the poets sung.

"Northern Venice", «Window to Europe", "Russian Capital of Culture" - that's not all names of Saint Petersburg. Saint Petersburg attraction are well known worldwide. Not only Russian tourists visit this city but from all world.

Petr I built the city on the Western model, Saint Petersburg combines the Europe freedom of thought and the Russian mysterious soul. The wide straight Nevsky Prospekt, the huge Palace Square, figure fences, majestic architectural complexes, sculptures and fountains all form a unique look of St. Petersburg. The Peterhof Museum Complex is rightfully regarded as the "capital of fountains." Included in the state register of most valuable cultural objects of the Russian Federation, Peterhof now bears the proud title of one of the "Seven Wonders of Russia." Walking around the city, it's impossible not to notice the majestic St. Isaac's Cathedral, from where you can see an exceptional view of the city, the Russian elegant Spas-on-the-Blood Temple, the shady Summer Garden with its marble sculptures.

Many world-famous museums, including the Russian Museum, the Kunstkamera, the Hermitage, a large number of theaters (the famous Mariinsky Theater, the Alexandrinsky Theater), exhibition complexes, higher educational institutions and scientific centers make the metropolis the cultural capital and the largest scientific center of Russia.